Hi guys! I really wanted to have another video up for you today but it seems that the universe just doesn’t want that to happen. I usually film the weekend before I post but I was so sick and so busy last weekend that I just didn’t have the time. I tried to film a nail tutorial today to post but my technique was off and I ended up blocking half the footage with my other hand while painting the nails. Frustrating, but at least I can use this manicure for Mani Monday right? I’m going to attempt to film tomorrow for next week’s video. Today had other frustrations so I think starting fresh tomorrow is a must!

Anyways, this week I picked up the L’Oreal Telescopic Carbon Black Mascara. I had seen it mentioned so many times on YouTube, and I’m currently out of my holy grail Too Faced Better than Sex mascara so I thought I would give it a try. I usually like L’Oreal makeup so I went into this venture with optimism! 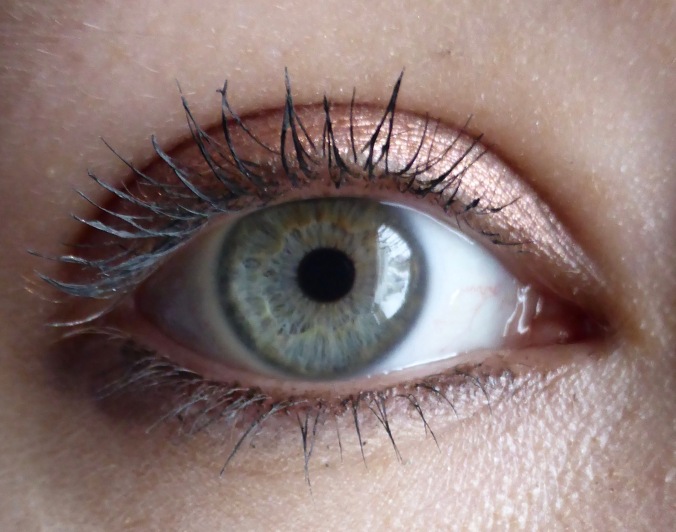 The brush is very small. At first I was thinking that it would be great for my lower lashes but wouldn’t pack enough of a punch for the top lashes. However, I was wrong! It was great for all of my lashes! I don’t know how they did it but it definitely gave my lashes length and a bit of volume! I never curl my lashes but they looked like they had some lift to them after I applied this. It also dries very soft so it doesn’t even feel like you’re wearing mascara.

As for wear-time, I found that it lasted all day and did not flake off. There is nothing worse than a mascara that ends up flaking and you find it miles away from your eyeballs!

Overall, I’ll call this a win! I love how the tiny wand works well for my top and bottom lashes without the possibility of making a mess with a larger brush. The packaging is also really cute since it actually looks like a telescope! Once I get more Too Faced Better Than Sex I will need to compare them to see which I like better. I love that I can get this at the drugstore so that I don’t need to order it when I run out. That’s the struggle of not living anywhere near a Sephora…

Have you tried this mascara? Let me know what you thought of it in the comments below! Or, tell me what your favourite mascara is! I always love reading your recommendations!