Hi guys! Earlier this week, I wrote a post in anticipation of the opening of Sephora Thunder Bay and I’m excited to now share with you my experience at the Preview Night which occurred the evening before the official opening. The opening of Thunder Bay’s very own Sephora in our Intercity Shopping Centre has been something I’ve dreamed of but never really thought would actually happen, but we’re here! It turns out, our region has a very high number of online sales which is what helped bring Sephora to our beautiful city. I was very thankful to receive an invitation to the Preview Night both as a VIB Rouge member and also as a beauty blogger. 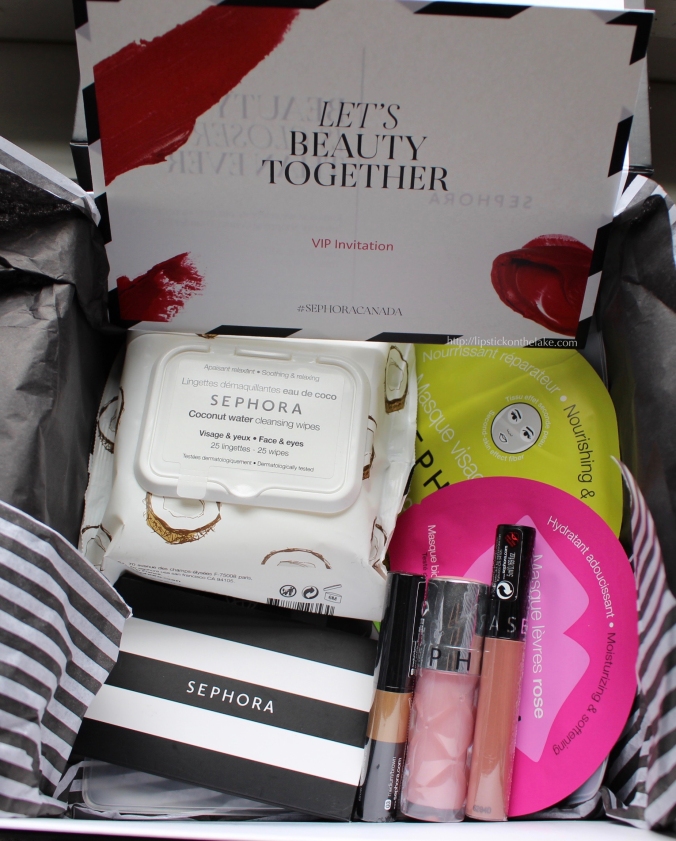 A friend of mine who works at Sephora Thunder Bay passed my information along to her manager so I received an invitation from Sephora Canada’s PR. They graciously sent me the box of Sephora goodies that you can see above with my invitation. They also included a gift card which completely caught me off-guard and I of course was super appreciative of. Funny enough though, I was so on another planet when I went to the event that although I had the gift card with me, I accidentally paid by other means. Guess I have to go back right? 😂

One of the highlights of the experience was that all of the testers had not been used prior to this night so most of the ones I played with were in perfect condition. Sephora Thunder Bay is a quite large store and had a large selection of brands. As well, they also have a Benefit Brow Bar that I will definitely be trying out at some point!

The event itself had complimentary gelato from Prime Gelato (a local gelato shop), as well as champagne and other treats. Between the DJ playing music and the excited employees, the atmosphere in the store was very positive and up-lifting. They also had a photo-booth which added to the fun!

I brought my sister with me to the event so it was nice to be able to enjoy it with her. The store, as you can imagine, was quite crowded, but I still managed to do a little bit of shopping while I was there. 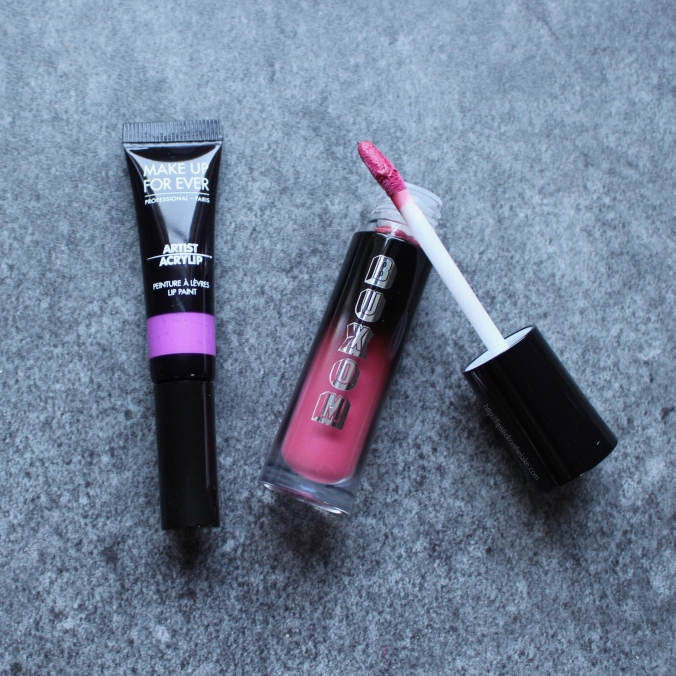 After much deliberation, my first purchase at Sephora Thunder Bay was two liquid lipsticks (of course!). I haven’t tried the Make Up For Ever Artist Acrylip (shade: 500) or the Buxom Wildly Whipped Lightweight Liquid Lipstick (shade: Lover) so I’m looking forward to testing them out! 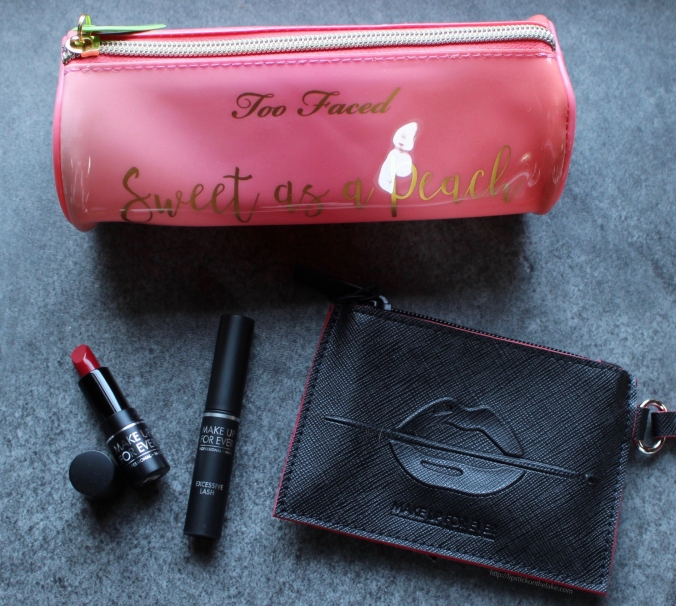 The shopping bags were faux leather tote bags and they contained a few freebie items in them which was a nice surprise when I got home. It included a Too Faced Makeup Bag and a little Make Up For Ever pouch that contained a lipstick and a mascara.

All in all, it was a great event and definitely worth coming back into town for (I had been at the cottage earlier that day)! I’ll likely stay away from the store for a bit as I’m sure it likely a bit of a crowded frenzy at the moment now that it’s actually open, but I’m looking forward to being able browse in person and I hope that it thrives! Intercity Shopping Centre has definitely now become a place I’ll be frequenting more often!

What was the last item that you picked up from Sephora? Let me know in the comments down below!

Follow Lipstick on the Lake on WordPress.com
Join 308 other followers