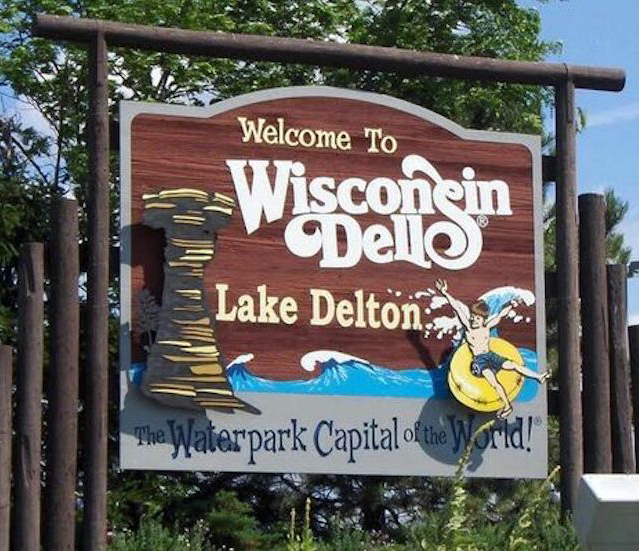 Hi guys! Last weekend I went to the Wisconsin Dells for the first time with my husband and two of my best friends. The Wisconsin Dells is a small city in Wisconsin that proclaims to be the waterpark capital of the world. I would say it definitely delivers on the waterparks! From Thunder Bay (where I am located) it is about a 8.5 hour drive. Most of the resorts seem to have indoor and outdoor parks so it is a travel destination you could enjoy all year round. Summer of course is the peak season for their tourism.

In order to get the most out of our trip we left at 4:00 AM to ensure we got to the resort early enough to enjoy a full afternoon there as we were only staying two nights. If I did this again, I would probably leave one evening earlier and stay at a midway point (ie. Duluth, MN) but waking up early wasn’t that bad. I was pretty excited so it wasn’t all that difficult getting out of bed.

We stayed at the Wilderness Hotel & Gold Resort which had four indoor parks and four outdoor parks. It also has onsite go-karting (indoor and outdoor), laser tag, zip lining, mini golf and many other activities to do. Basically, there is no shortage of things to do there. There are also quite a few places to go eat as well, though we only ate at the breakfast buffet on the last morning.

Above is an overview of probably the best of the outdoor parks, the Lost World. It had a large lazy river as well as six waterslides. After much convincing I was able to be convinced to try the blue waterslide that has the loop in it which is called the Lunar Loop. You go inside a stand-up enclosure and after a short countdown, the floor from underneath you disappears and it’s a straight shot down. The whole ride was very quick but I’m glad I did it.

Our favourite waterslide was at one of the indoor parks, so if you happen to go to this particular resort, you absolutely must check out the Hurricane in the Klondike Kavern Waterpark. 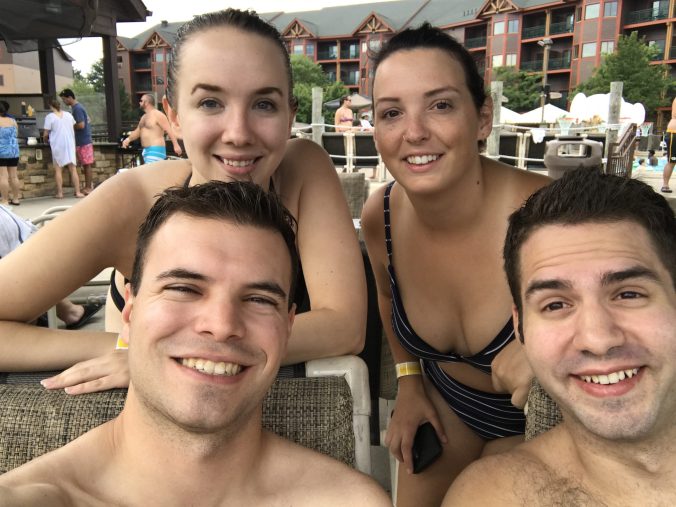 The nice thing about this resort is that they reserve all of the waterparks for guests only. Although the resort was fully booked when we went, we never really waited in any unreasonable lines.

We also checked out Noah’s Ark which proclaims to be America’s Largest Waterpark. We managed to find a decent deal on admission tickets which also included lunch. While we all definitely enjoyed Noah’s Ark, the lines are very long. Although none of us had watches on, and there never seemed to be clocks anywhere, we were probably waiting upwards of an hour per ride. Some favourite slides were the Time Warp and the Black Anaconda. 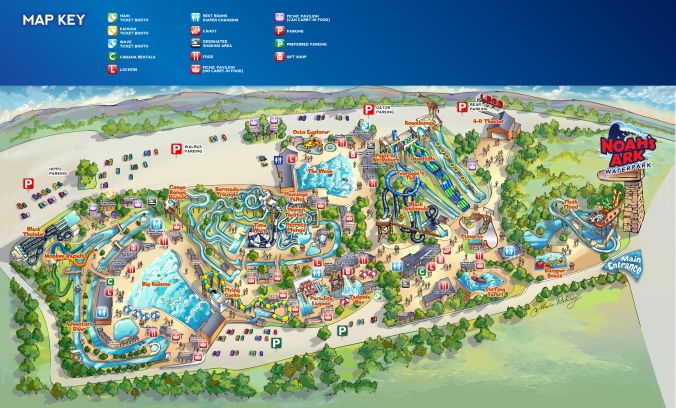 The most notable place that we ate and the only meal I have photos from was when we went to Uno Pizzeria the first night. A co-worker had suggested it so it was high on my list of places to try. Uno Pizzeria is an American chain that started in Chicago. It seems to largely be on the Eastern Coast of the States. It looks like Wisconsin is as far West as it gets. I had to try a deep dish pizza so I had the Sausage & Spinach Alfredo and it was amazing. So filling though! Would definitely go back for sure!

Definitely the best meal we had in the Dells!

Not too shabby for being awake for probably about 20 hours at this point! We ate a pretty late meal on the first evening.

We also did go to the Reef Nightclub the second night which was a lot of fun. The dance floor was packed but it was a great time. I haven’t been to a nightclub in ages so it was fun to get our dance on.

Would I Go Back?

You bet! I actually can’t believe this was all of our first times there, considering how close it is. I think next time, now that I’ve experienced Noah’s Ark, I would probably just stay at the Wilderness and just use their waterparks. It’s included with your stay and there’s so much to do! I honestly had pretty low expectations for the park at the Wilderness (I’ve been burnt in the past by “waterparks” that are included with a hotel) but it really impressed me. They call themselves America’s largest waterpark resort and I completely believe it now that I have seen it with my own eyes.

Have you gone on any trips this summer? Let me know in the comments down below!