While July may be over there is still lots of flip flop weather ahead of us. With that in mind I thought I’d share a few of my favourite nail polishes to use for a summer pedicure! I like choosing colours that are fun but will go with as many of my outfits as possible. My picks are all quite different from each other but they are the ones I go back to frequently! END_OF_DOCUMENT_TOKEN_TO_BE_REPLACED

When I want a quick manicure that will survive about a week with minimal chipping, Essence’s gel polishes are one of my go-to’s. They are inexpensive and they really do last on the nails. Today I’ve got Essence Do You Speak Love? on my nails, which to be honest, I don’t remember purchasing. I had to double check to make sure I hadn’t previously featured it on the blog. I sometimes pick them up when I’m grocery shopping so that would explain why I don’t remember purchasing it. I’m sure I’ve worn it at least once before though. It’s a beautiful deep red shade which is the type of red I’m more drawn to wearing versus the classic brighter reds. END_OF_DOCUMENT_TOKEN_TO_BE_REPLACED Nothing says spring/summer like a bright manicure. I recently picked up Essence Vibrant Purple from their Gel Polish lineup and I couldn’t resist getting it onto my nails right away. It’s a beautiful orchid purpley-pink shade that reminds me of a field of flowers. I’ve used a few of the Essence Gel Polish shades over the past couple of years and I’m constantly impressed by their wear time. They are also great for summer pedicures as well! Not to mention they are at an amazing price point. Who can say no to nail polish that is under $5 per bottle AND wears well? END_OF_DOCUMENT_TOKEN_TO_BE_REPLACED

The Canadian Beauty Bloggers theme of the month is Budget Beauty so I thought this would be a fitting time to give two of my favourite “budget  beauty” brands some love. When I think about inexpensive, yet quality beauty products two brands always come to mind: Colourpop and Essence. Both brands are perfect for experimenting with makeup without having to splurge. Not sure if you can pull off purple lipstick? Why not try it out without the high end price tag? Don’t like spending lots on mascara? Me either, but Essence has a growing line of fantastic mascaras for around $5! So, let’s take a look at who these brands are and what some of my favourite products from them are!

Colourpop was founded in LA in 2014 so it is a fairly new company. Their company has an emphasis on keeping prices down, as well as being, as they call it, “bunny approved”. Though they started out with their own store online, they are now also available at Sephora which is amazing! But, with their low prices, I am okay with shopping their full collection on their website because even with exchange and shipping, you still end up getting a pretty good deal!

I haven’t met a Colourpop product that I didn’t like, but if I had to choose a favourite, I’m very, very fond of their Ultra Matte Liquid Lipsticks. I have quite a few of them and just can’t get enough of them. If you prefer more of a “standard” lipstick, their Lippie Stix are great too and come in a variety of finishes! END_OF_DOCUMENT_TOKEN_TO_BE_REPLACED 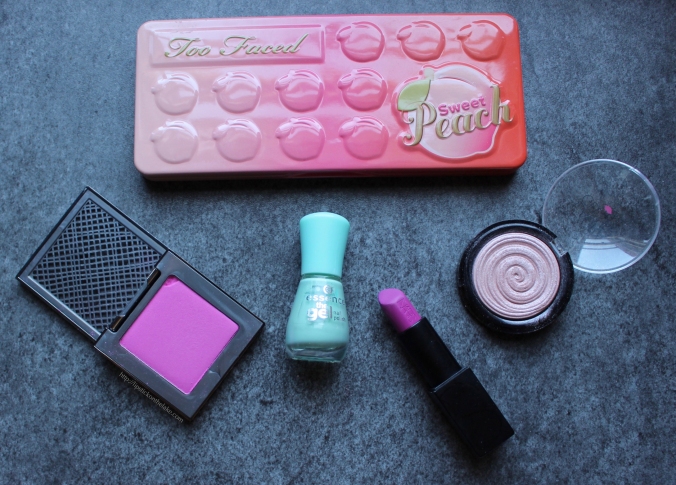 Hi guys! With spring making it’s way into Thunder Bay, I’ve been really inspired to start blogging about my favourite products for the season. Since spring is pretty much a gateway to summer, I start busting out the bright colours on a regular basis. I don’t really believe in seasonal colours, but I think the nicer weather makes me feel more bright and cheery and then this in turn is reflected in my overall style. 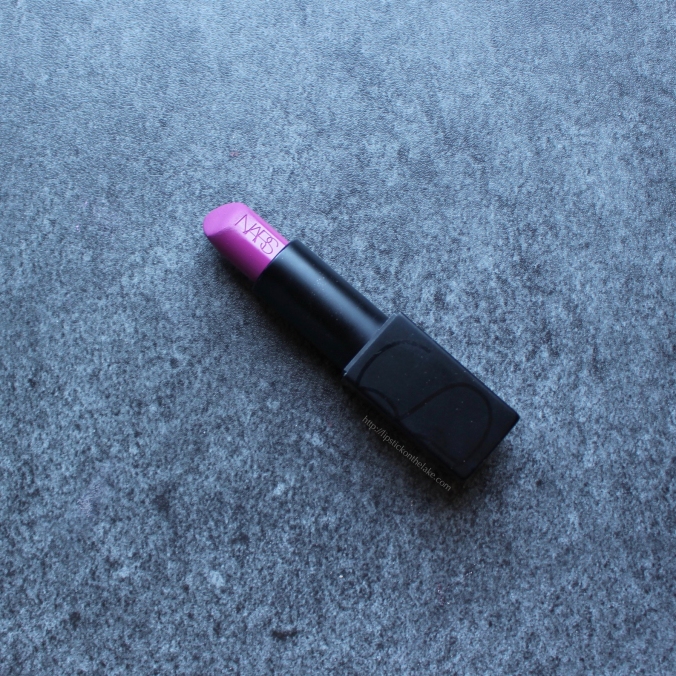 I’ve had Angela for a couple of years now and I always seem to bust her out when spring starts up. The pink orchid shade really reminds me of fresh flowers starting to bloom! Though we don’t have a lot of that going on right now in Thunder Bay (thank you epic April ice storm), I’m hopeful we will start seeing some blossoms soon! The Audacious Lipstick formula pigmented demi-matte formula that I find wears really well on the lips. END_OF_DOCUMENT_TOKEN_TO_BE_REPLACED

Hi guys! After a couple of weeks of bare nails, I took the time to paint them last night and do a bit of light nail art! I’m pretty much out of my regular base and top coats and haven’t gotten around to ordering more yet so I’ve been sticking to the Essence Gel Nail Polish a lot lately. Today I’ve got Essence Amazed By You on my nails with some fun light purple polkadots. For the polkadots I am using OPI I’m Gown for Anything. Since I’m obsessed with all things purple, I’ve pretty much been staring at my fingers all day. It may have lowered my productivity just a tad if I’m being honest. END_OF_DOCUMENT_TOKEN_TO_BE_REPLACED

Hi guys! My nails have been bare for far too long and I finally have gotten around to painting them again! Although the weather currently isn’t suggesting it, it has been much nicer outside lately so I wanted something springy on my nails. I also wanted something that would stand up to chips, so I decided to use one of my Essence ‘gel’ polishes. Thus, we have Essence Indian Summer on my nails! A beautiful peachy coral shade. I have a couple polishes from this line and I’ve been enjoying them. I’ve featured one to date in a Mani Monday. The last one I wore had really great wear time so the bar has been set for this one. END_OF_DOCUMENT_TOKEN_TO_BE_REPLACED 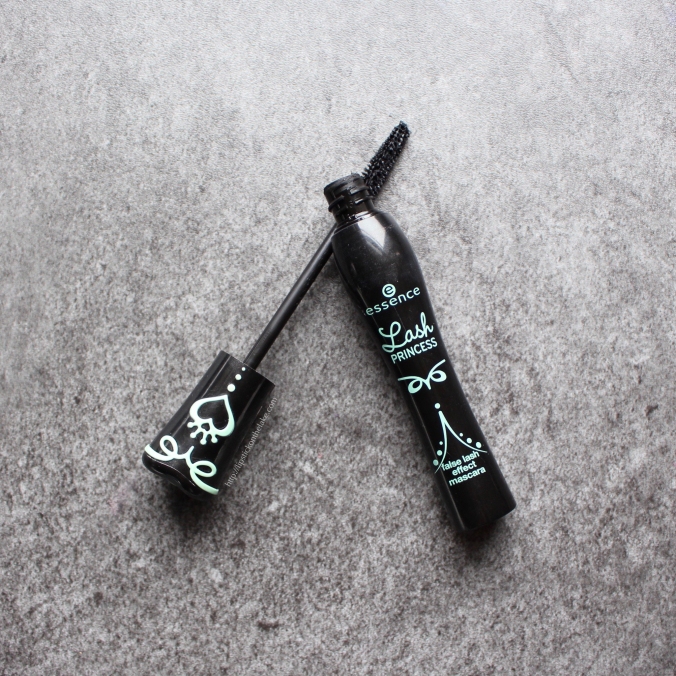 Hi guys! I mentioned the Essence Lash Princess False Effect Mascara in my January Favourites, and as promised, I’m ready to give you my full review! Essence is a brand that I am usually impressed by, their prices are fantastic and their products are usually of great quality. After enjoying the last mascara that I tried from them and seeing the False Lash Effect Mascara mentioned in a Rachhloves video on YouTube, I knew I had to give it a try. 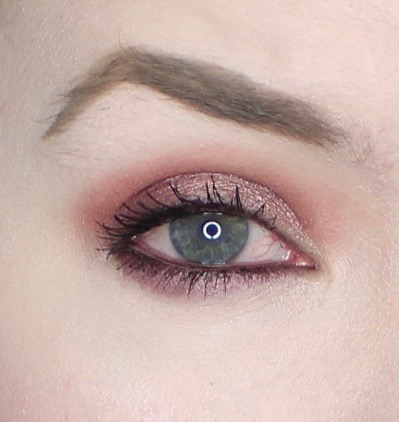 END_OF_DOCUMENT_TOKEN_TO_BE_REPLACED

Hi guys! While indulging in mid end to high end makeup is fun, it isn’t always financially feasible. Shopping for makeup at the drugstore can also yield some hidden gems that work just as well, if not better than their pricier counterpart. Today I want to share with you some of my drugstore makeup essentials and why I love them so much. Before we get into it, it’s important to note that everyone has different skin tones so not everything I share will work for all. Personally, I have normal to oily skin that gets super shiny throughout the day.

I’ve sung the praises of this foundation time and time again. I’ve gone through so many tubes of the L’Oreal Pro-Matte Foundation. It truly makes a difference in keeping my skin matte, while also maintaining a natural finish to the skin. It has medium coverage so it evens out my skin tone and hides any minor blemishes or imperfections. As well, it lasts throughout the day. END_OF_DOCUMENT_TOKEN_TO_BE_REPLACED

Hi guys! I’ve been using the Essence Get BIG Lashes Mascara for about a month or two now so I feel like I’m ready to do a review on it. I feel like I’m always switching which mascaras I use each quarter – meaning I don’t typically re-buy something I’ve already tried. This means I end up reviewing a number of mascaras. Each time I try a mascara I make a mental list of ones that I WOULD repurchase again though. With so many mascara choices though, I always feel temped to try new ones.

Essence is a brand that I’ve been getting more and more into this year. It is so inexpensive and the products are of a high quality. Each time I go to Shopper’s Drug Mart another Essence product make’s it’s way home with me. I had been hearing positive things about their mascaras but couldn’t remember which one so I grabbed one that seemed appealing to me. I chose the Get BIG Lashes Mascara which is meant for volume boosting.

The wand itself is football shaped and is on the bigger side. Essence claims the large wand is to make sure each lash is coated, however, I prefer a smaller brush if you’re trying to get every lash. Due to it’s size, you need to be careful particularly when coating those pesky bottom lashes.

My lashes themselves look longer and definitely have more volume than usual when wearing this mascara. My lashes on the one eye (of course the one I got the better pictures of) tend to clump together so that is not a fault of this mascara. The formula is fairly light weight so you can’t really tell you’re wearing it. It isn’t as weightless feeling as the Revlon Dramatic Definition Mascara which is the last mascara I reviewed and the other one in my current rotation. 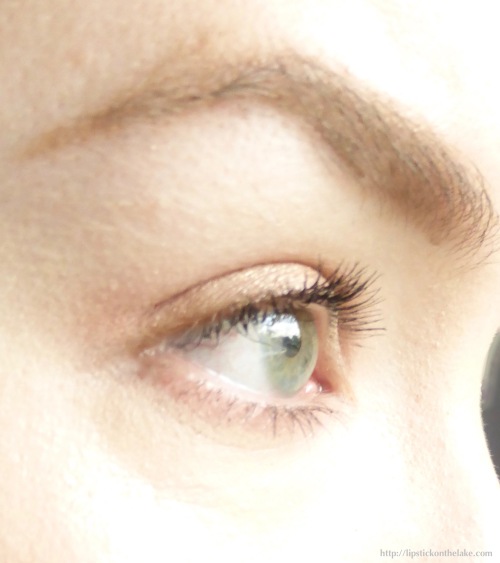 As for wear-time, I’m currently wearing this mascara as I write this and I’ve had it on for about twelve hours and my lashes look the same as they did this morning. No flakes or smudges at all.

Overall, I really like the Essence Get BIG Lashes Mascara and I would repurchase it eventually. I think I like the Revlon Dramatic Definition Mascara a bit more though. That one seems to have a bit more “oomph” to it and the wand is smaller.

Have you tried any Essence Mascaras? I’d love to try another so please leave your suggestions in the comments down below!